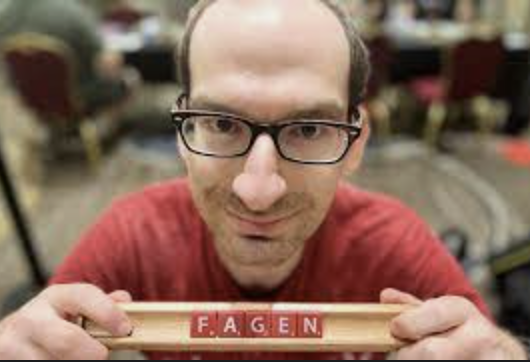 Michael Fagen from Montreal Canada won the prize on the top Scrabble competition in U.S, last week, despite not being an expert.

It is amazing and I can’t believe it – claims Michael while holding the prize trophy that he earned at ‘Scrabble Players Championship’ which took place at the Marriott Inner Harbor at Camden Yards in Baltimore from July 23 to 27, 2022;

The preliminary rankings (or seeds like they have in other sports)  gave him the 28th spot from 42 players who participated. So rightfully Fagen was not expecting to even come close to the top 5, let alone winning the competition – as he said. This is a rare event because up until now, nobody with a seeding on the lower half bottom of the rank has never earned the top spot.

According to Michael scrabble is a multi-layered game.  You want to keep an eye on the board,  try to find out where the top-scoring place could be, unscramble the letters, find the best places on the board that can make you score most points etc. Besides all that you must also be able to stop your opponent from scoring if you want to make it to the top and win. It is not just a word game, it is a math game as well. This game has many variables.

1 thought on “Michael Fagen from Montreal Wins US Scrabble Tournament”