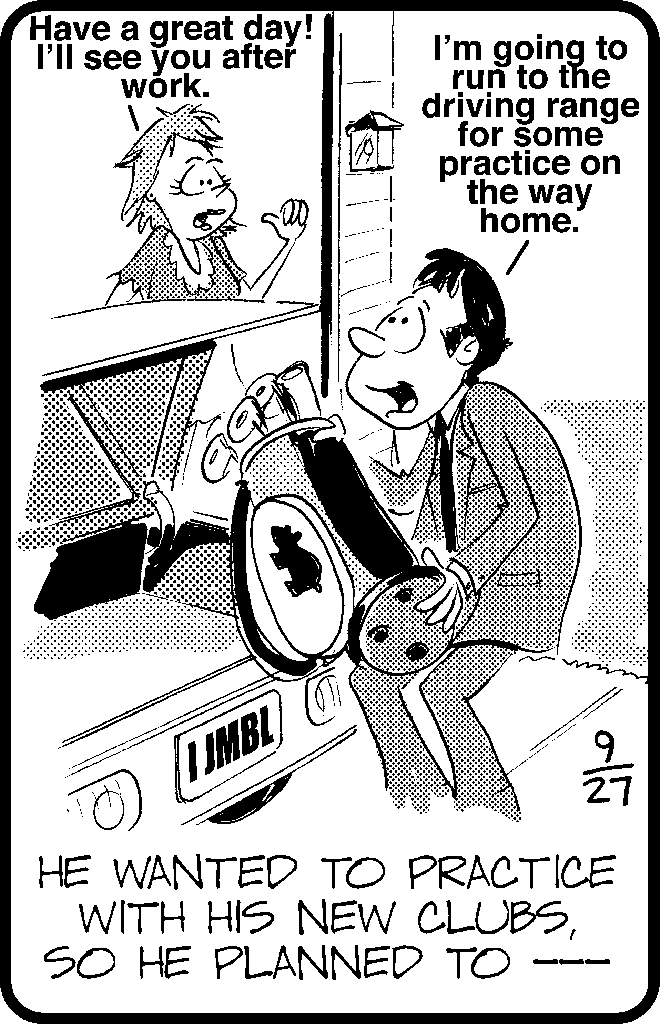 He wanted to practice with his new clubs, so he planned to SWING BY LATER

This Jumble Puzzle had these letters A-B-E-G-I-L-N-R-S-T-W-Y.
For more Just Jumble Answers open the previous link to locate your level