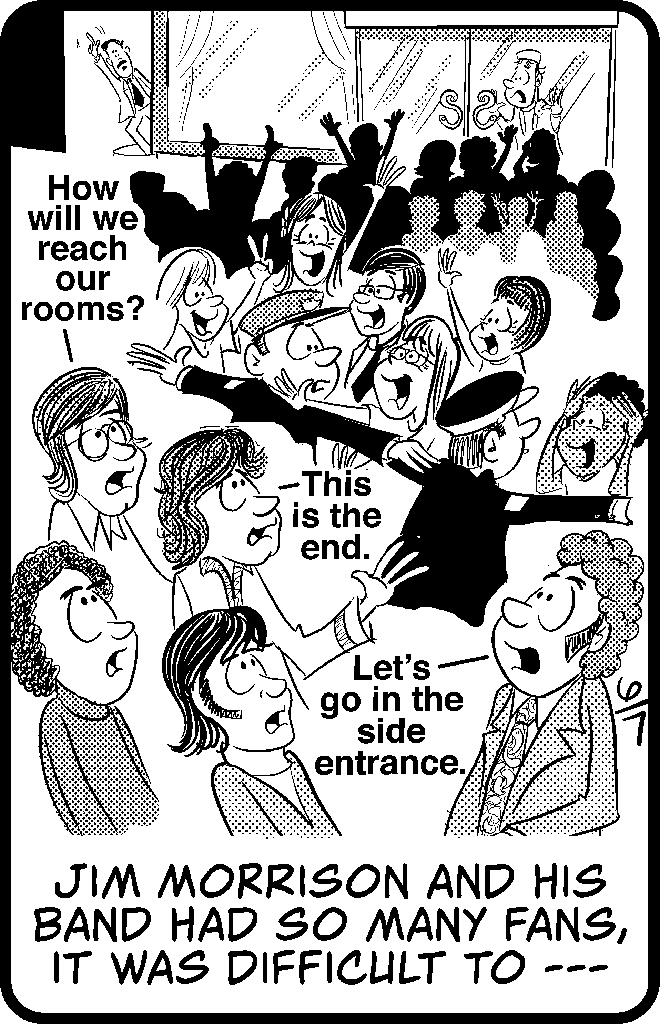 Jim Morrison and his band had so many fans, it was difficult to GET IN THE DOORS

This Jumble Puzzle had these letters D-E-E-G-H-I-N-O-O-R-S-T-T.
For more Just Jumble Cheats open the previous link to locate your level