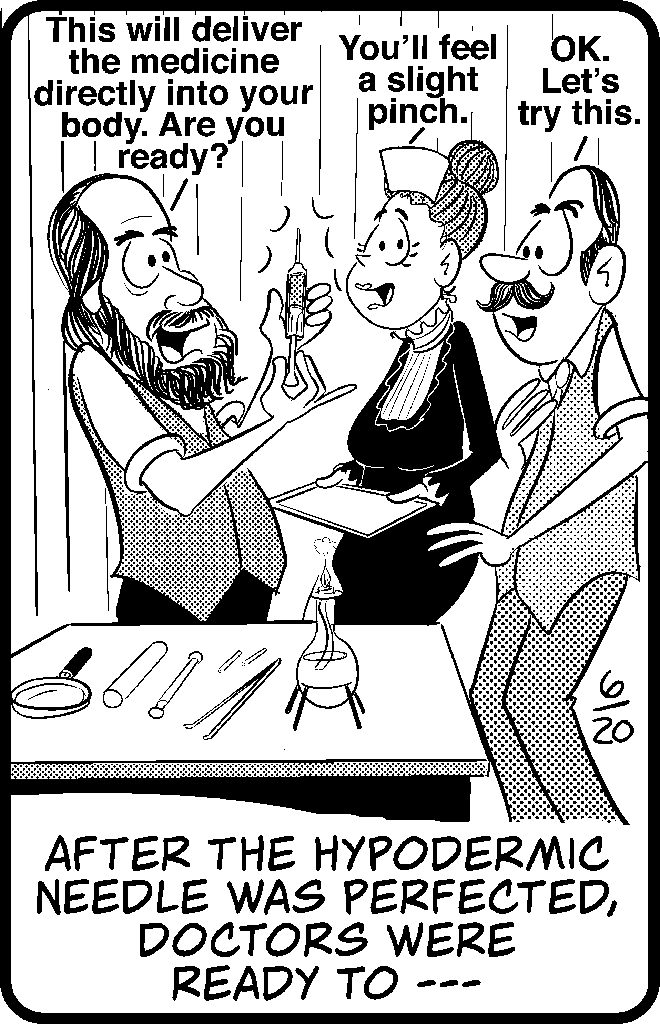 After the hypodermic needle was perfected, doctors were ready to GIVE IT A SHOT

This Jumble Puzzle had these letters A-E-G-H-I-I-O-S-T-T-V.
For more Just Jumble Answers open the previous link to locate your level