Whether you want to play with a sibling or have a family gathering gameplay in the evening you should check out our suggestion for board games to consider. Below we are listing our top picks for games to play with your family, so leave your phones aside and get ready to play some offline – classic games.They are way more fun than silent smart-phone games. 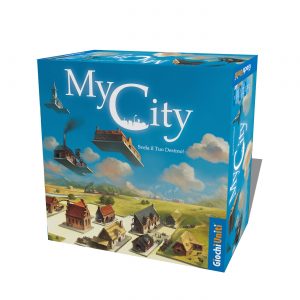 This was awarded the Game of the Year 2021 title. It is not always easy for new players to choose a board game that brings them (or brings them back) to this world and for this reason, nine years ago, an ad hoc award was born. In fact, it is dedicated to the so-called “gateway” titles, those easy but compelling board games, with clear and concise regulations capable of involving the whole family or friends.

Never before has the Game of the Year revealed all its importance as this year. Thanks to the pandemic, more and more Italians have discovered board games as leisure companions and My City presents itself as an excellent gateway to this world. Designed for two to four participants and signed by one of the best-known designers in the world, it puts players in the shoes of skilled city builders. Using polyominoes similar to those of Tetris, they raise buildings, railways, industries on their board: the aim is to create better combinations than those of the opponents and the beauty is that the game does not end after the game. 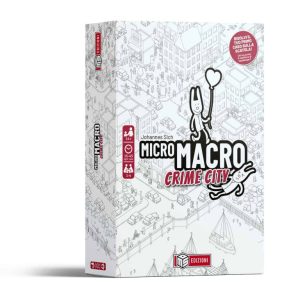 For the first time in its history, the jury of the Game of the Year 2021 – composed of Paolo Cupola, Beatrice Parisi, Riccardo Busetto, Massimiliano Calimera, Fabio Cambiaghi, Caterina Ligabue, Giordana Moroni, Fabrizio Paoli and the writer – also awarded a Special mention: this is MicroMacro: Crime City by Johannes Sich (MS Edizioni). Deductive outside the box, it places a large sheet full of characters in front of the players and the aim is to solve the different cases by carefully watching and interpreting the numerous scenes depicted. A bit like Where is Wally? marry Sherlock Holmes. Also playable alone, in the box it also has a magnifying glass to better see the very small scenes. 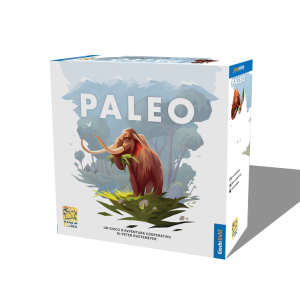 Life was certainly not easy in the Stone Age and this Paleo is here to prove it. Cooperative, it puts players in the shoes of cavemen who must survive the pitfalls of time by helping each other. The aim is to complete a cave painting but in the meantime they have to build objects, recruit new members, fight fairs and avoid nefarious events. The game contains 10 different modules to adapt the level of difficulty to the skill of the participants. 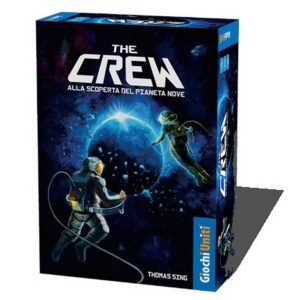 Winner of the German Kennerspiel Des Jahres award and of the French As d’Or, he also lands at The Crew Game of the Year. The formula is curious: at the base we have the tressette so dear to us Italians but here it is transformed into a cooperative in the countryside. One game after another, rules and limitations are added, making the games always different and increasingly complex. Can you make it to the end?