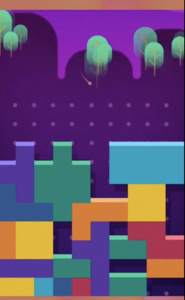 The new version of Tetris Effects brings in some new addictive multiplayer modes to make the definite edition of the world’s most famous puzzler game. A restart of a game that was first released in 84 does not look like one of the XBox series X most prominent titles. Tetris Effect has no need for a next generation tech trick. Tetris is not an ordinary puzzler, it is the worlds most recognisable and popular video games ever created.

The triumphant squeal after swiftly vanishing four rows with a quickly placed I-block. Tetris has captivated it’s fans for about four decades now and has turned many of us into puzzling pros we are today

But it will take some serious shape-shifting to beat this high score.

The challenge: Top 116,498 points in a single game of Traditional Tetris. This took nearly 11 intense minutes, so get ready to focus! Can’t stack up? Try these tips:

1. Plan ahead
Keep an eye on the upper right of the game board to see the next three upcoming blocks. Knowing what’s coming will help you figure out exactly where to put that troublesome square block.

2. Get a Tetris
Tetris isn’t just the name of the game—it’s also what you call clearing four rows of blocks simultaneously. Be strategic about this: You’ll score eight times what you would for clearing a single line! To pull it off, fill a 9-wide-by-4-tall area, leaving a single column on either side clear. Then fill that gap with a vertical I-block (see tip 1).

3. Hold your blocks
See that “Hold” in the upper left? Tap it to store the block that’s currently falling for future use. Desperate for a Z-block to fill in an empty spot? Good thing you saved one!