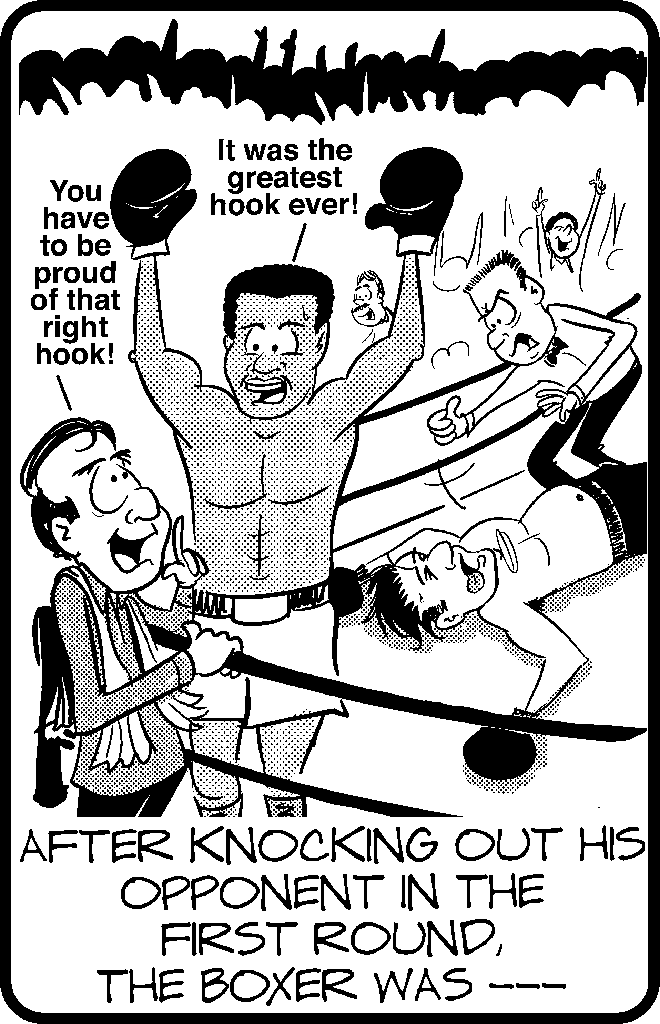 After knocking out his opponent in the first round, the boxer was — PLEASED AS PUNCH

This Jumble Puzzle had these letters A-A-C-D-E-E-H-L-N-P-P-S-S-U.
For more Just Jumble Solutions open the previous link to locate your level