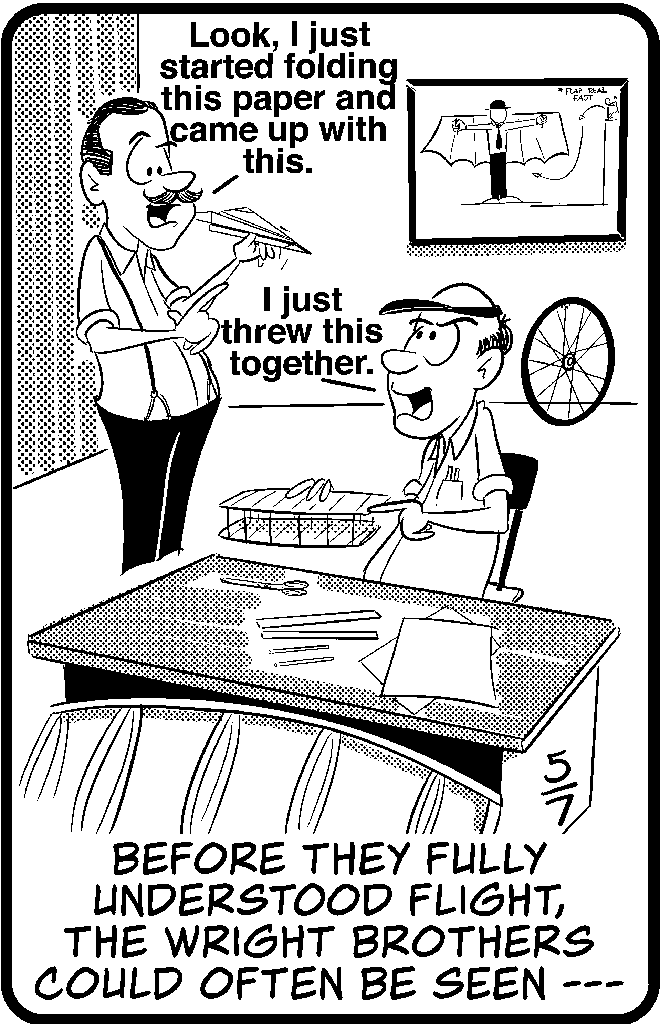 Before they fully understood flight, the Wright brothers could often be seen WINGING IT

This Jumble Puzzle had these letters G-G-I-I-I-N-N-T-W.
For more Just Jumble Cheats open the previous link to locate your level