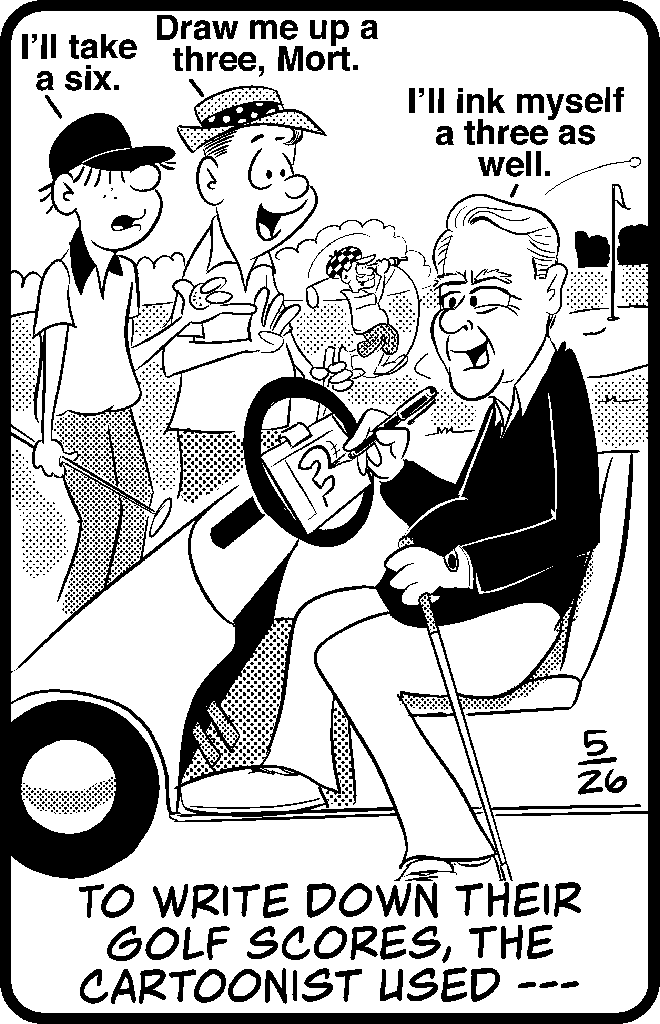 To write down their golf scores, the cartoonist used PEN STROKES

This Jumble Puzzle had these letters E-E-K-N-O-P-R-S-S-T.
For more Just Jumble Cheats open the previous link to locate your level