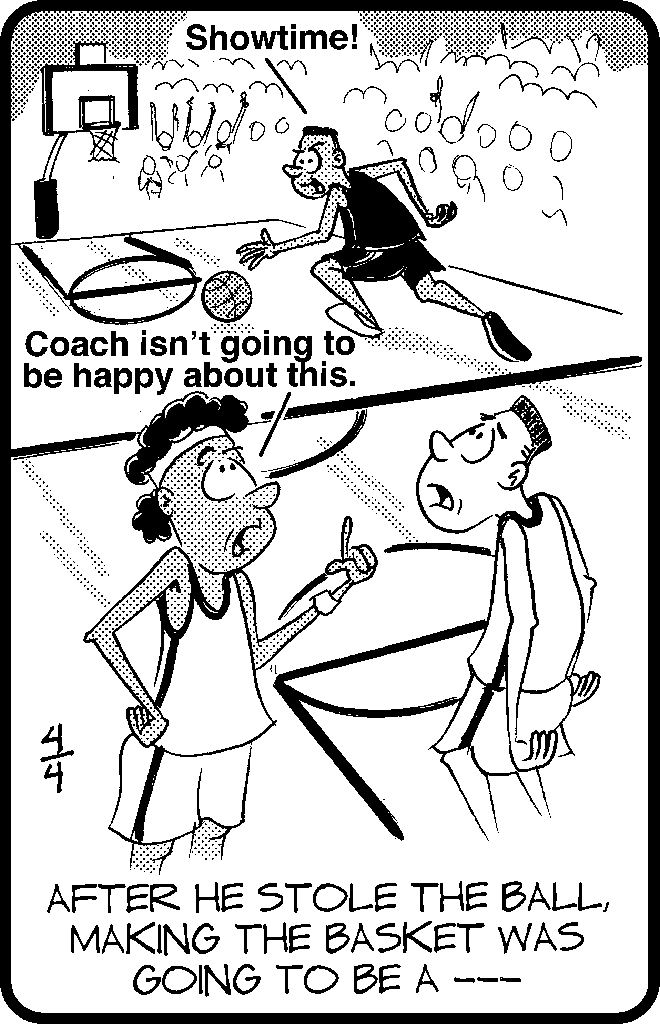 After he stole the ball, making the basket was going to be a SLAM DUNK

This Jumble Puzzle had these letters A-D-K-L-M-N-S-U.
For more Just Jumble Cheats open the previous link to locate your level