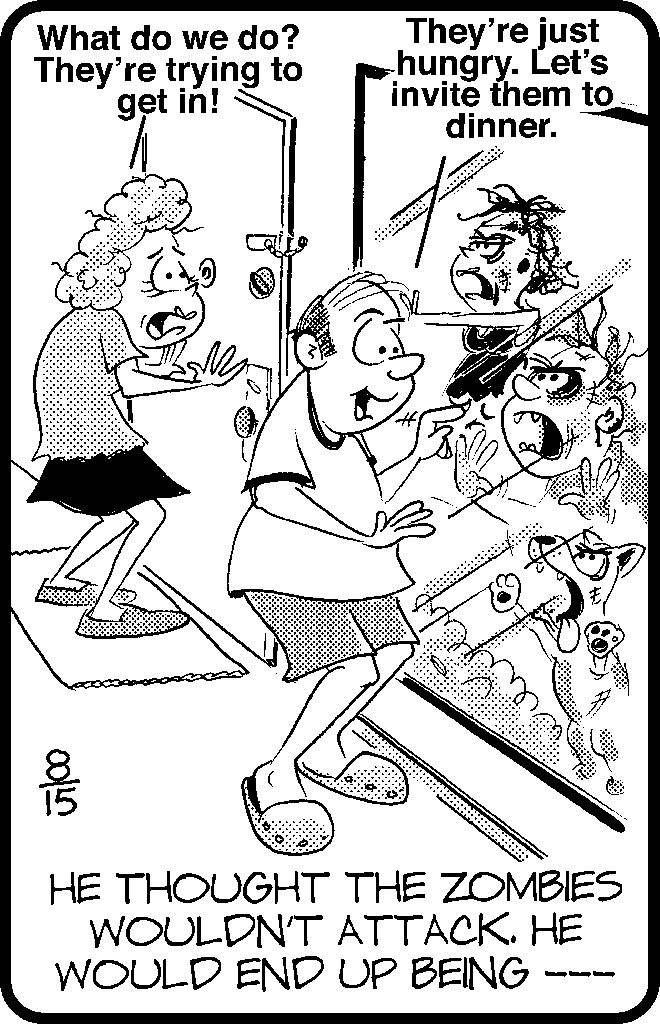 He thought the zombies wouldn't attack. He would end up being DEAD WRONG

This Jumble Puzzle had these letters A-D-D-E-G-N-O-R-W.
For more Just Jumble Cheats open the previous link to locate your level